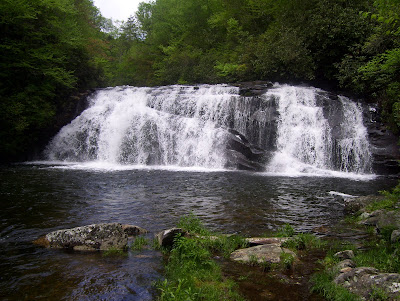 Probably going to get some hate mail about this report. I thought about giving the stream a ficticious name or leaving the name out altogether. We are after all talking about the best brook trout water in the southeast, a stream that receives surprisingly little pressure despite this and is a gem probably best kept hidden from the masses. Then again, the brookie water here is fairly remote and requires a minimum three mile hike to reach.Plus it's fairly rugged country to boot, so fishing there requires some persistence and fortitude. And then there is that rare species of cobra that inhabits the area. There's practically a cobra on every rock and one bite means instant death. Even a sideways glance from one of these snakes will make your spleen fall out. So I definitely would not fish here if I were you. Anyway, here's the report:

Based on size alone, it's hard to get used to the idea that Big Snowbird is a premier br 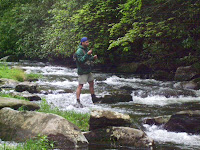 ook trout stream. This is big water as mountain streams go , and absolutely huge by brookie water standards. Usually when brook trout are mentioned, you're talking about tiny trickles of water with a heavy overgrowth of rhododendron and mountain laurel. Dapping, and bow and arrow casts are the order of the day on most brook trout streams. Not on Snowbird. It's 25-35 feet wide in most places, and even larger in some spots. Plenty of room to swing a fly rod around.

We found the stream full of water. The levels were higher than I have seen since I've been fishing this area. The recent spring weather pattern of heavy rain has been good to Snowbird, and it was great to see the stream bursting at the seams. I didn't take the water temp, but if it was above 50 degrees, it wasn't by much. In other words, perfect conditions for healthy brook trout. The fish were clearly in great condition and we caught scores of them. Mostly li 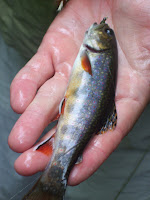 ttle guys in the 4-6 inch range, but we did catch a few pushing 7-8 inches. The biggest brookie of the trip was a 9 incher, caught by Jeff on a rooster tail (Jeff is a spin fisherman, but we treated him just as if he were normal like everyone else). And we did spot a couple of fish in the deeper pools that would probably have gone 10 inches or better. There are some extremely deep pools on Big Snowbird, especially at the foot of the falls. I am pretty confident that there are some brook trout well into the teens as far as size goes. I hope I eventually stick one of these fish to confirm this theory.

Most fish were caught on dries. Anything in a size 12 like a Royal Wulff or Adams got busted. Interestingly, the fish didn't show a lot of interest in small flies, say 14 and smaller. They would hit a smaller fly, but the big stuff consistently drew more strikes. A couple of us also fished with nymph droppers which did catch a few trout, but the dry flies were again much preferred by the fish.

So we had a great trip as per usual on Big Snowbird. Can't say that I've ever had a bad day of fishing up there. We've fished 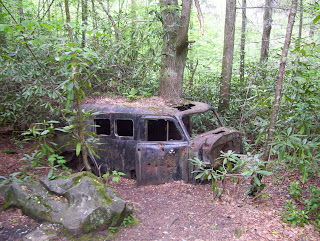 there enough now to know the place fairly well. We have our usual favorite campsite, which is pretty much always vacant. We know the best routes to take for every stream crossing. I can say something like "...the pool with the flat rock..." and everyone else knows exactly the spot I'm talking about. That's a pleasant kind of familiarity that really makes a trip to Big Snowbird something to look forward to, like Christmas or the New Year. Have to watch out for the cobras though. 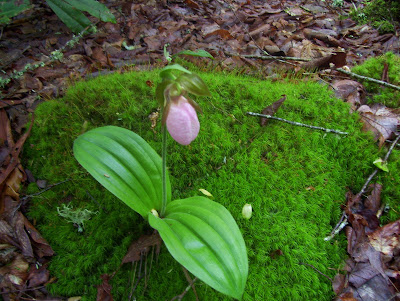 Thank you very helpful article. allow me to join to share health articles with your article hopefully useful.

Thank you very helpful article. allow me to join to share health articles with your article hopefully useful.

the article is very petrifying, hopefully it can be useful and an important lesson

the article is very petrifying, hopefully it can be useful and an important lesson

There are some interesting points in time in this article but I don’t know if I see all of them center to heart. There is some validity but I will take hold opinion until I look into it further. Good article, thanks and we want more! Added to FeedBurner as well

After study a few of the blog posts on your website now, and I truly like your way of blogging. I bookmarked it to my bookmark website list and will be checking back soon. Pls check out my web site as well and let me know what you think.

Your place is valueble for me. Thanks!

Aw, this was a really nice post. In idea I would like to put in writing like this additionally – taking time and actual effort to make a very good article… but what can I say… I procrastinate alot and by no means seem to get something done.