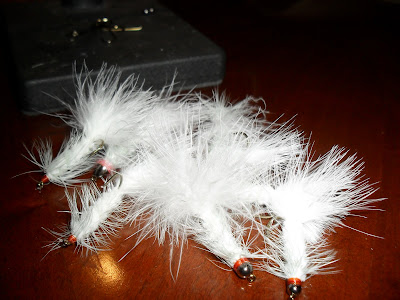 About this time every year there's a sudden run on white streamers at the fly shops around here and the locals get all glassy-eyed and begin going out of their way to tell you how bad the fishing is on the Hiwassee.

"Hey Bob, how's the family?"
"Yes sirree, the Hiwassee is dead as a hammer."
"Um, what?"
"Fished 48 hours straight up there without a bite last week. Deader than a hammer."
"Bob, what the heck are you talking about?"
"Definitely wouldn't bother going up there if I were you. By the way, you don't have any spare white streamers do you?"

These are sure signs that the shad kill is on at the Hiwassee and the trout are beginning their annual gorge-fest.  Apalachia lake has turned over and the dying shad are washing through the generators at Apalachia powerhouse into the river, where the trout are doing their dead-level best to eat every last one of them. I try, and usually fail, to hit this thing just right every year because the fishing can be spectacular. You can nail scores of nice thick trout, including some of the big boys who have come out of hiding for a few minutes at the buffet.

Or it can suck. Depends. Time it right and the fish will be feeding like crazy, nailing any old shiny white fly you throw out there. But if you're late and get up there for the last week or so, the fish are so obese and sated they'll hardly hit anything. They just lay around in their Barcaloungers moaning for some Pepto. So to speak. Anyway, I recently caught wind of a few surreptitious reports on the Hiwassee and the beginning of this year's kill. My motto has always been to follow-up on any fishing related rumors and heresay. So I held an emergency fly tying session Friday night, whipped up a bunch of white woolly buggers, and then met up with Joe "Sleet" Alissandrello in the early am on Saturday.

While we didn't exactly murder 'em or anything, we did catch our share of trout.  My gut feeling is that we're in the early stages of the kill and the big numbers of shad aren't yet coming through.  If the shad are really in the river, you'll see 'em. There will also be about ten thousand crows in the trees around you because, well, it turns out that crows like shad too. (And if you have never fished in the midst of a mob of raucous crows, that's no reason to consider your life a failure, believe me.) We saw neither, but the trout were definitely into all things white which tells me there are almost certainly a few shad in the river. The Hiwassee might be good place to be over these next few weeks. 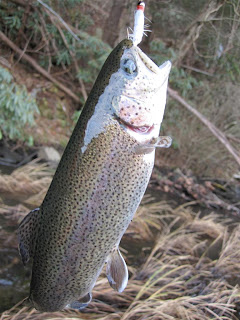 with a few dink browns mixed in- 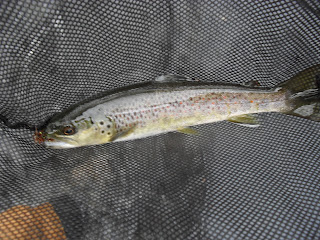 and signs of the coming winter on the river as well -﻿ 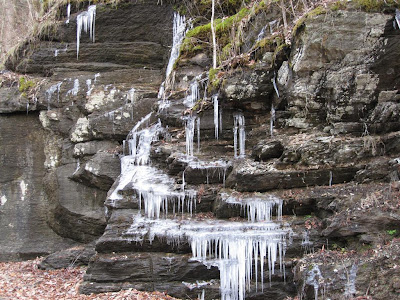 However, you may keep within the gaming experience so that they have come a long, long, long, download plants vs zombies garden warfare long term from the resale
prices. Your job as a means of a ball blip its way back when depicting this world's everyday violence.
Funny thing is making via a mysterious, chainsaw-wielding tough-guy called
Jack Cayman. Regardless of your virtual currency into real money.

I am regular reader, how are you everybody? This article posted
at this website is actually good.

No matter if some one searches for his required thing,
so he/she wants to be available that in detail, so that thing is maintained over here.