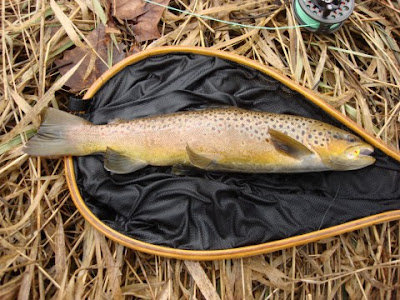 If you're an angler living anywhere in the Southeast, you have probably heard of the South Holston. Heck, you've probably even fished it a time or two. Before last weekend, I seemed to be one of maybe five or six guys down here who had never thrown a cast out over this water. Anyway, my point is that the South Holston has a bit of a reputation. One angler put it this way in a magazine article (or maybe it was a book - I can't remember)- "Yeah, Henry's Fork is great, but it's no South Holston." What?? A statement like that can only mean one of two things - either that guy is a complete loon, or maybe there's something to all of these South Holston stories. After fishing up there last week, I'm inclined to think it's the latter. This river is absolutely loaded with trout (5000+ per river mile if the biologists are to be believed). Especially nice wild browns. It was crazy. Bugs coming off everywhere. Fish rising all over the place. Friggin' trout Nirvana. We fished hard for two days, mostly a few hundred yards downstream from the South Holston dam. Nailed a lot of fish, mainly on zebra midges and egg patterns. My fishing partner, Shawn "Dueling Banjos" Lemons, found a riffle full of fat brown trout and absolutely smoked 'em by rolling an egg pattern through there again and again. The spawn is on right now, so a lot of fish can be had on egg flies. Look, I don't want to hype this thing too much - I've only fished this river on two days for crying out loud - but the South Holston may well be the best trout water in Tennessee if not the Southeast. 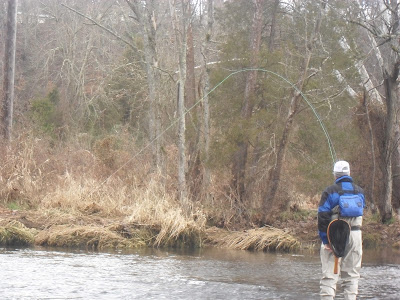 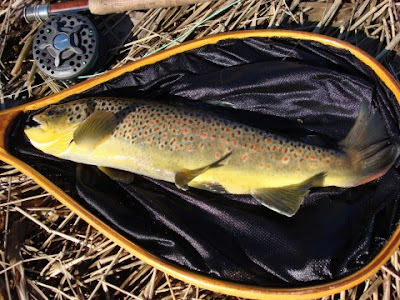 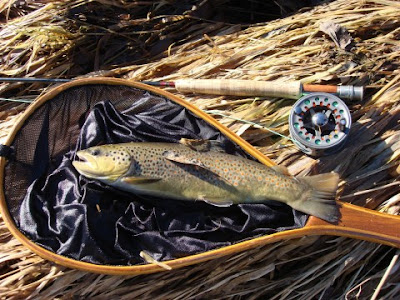 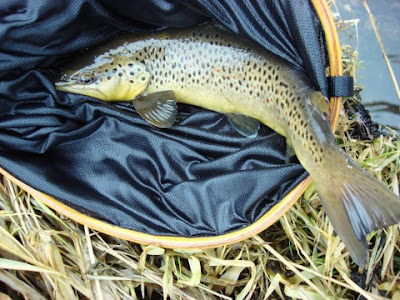 I lived in east TN (Knoxville) for two and a half years and I'm sorry I never made my way up there. I fished the National Park and for Smallmouth in the lower Holston. I've heard a lot about the great fishing on the "SoHo" but I think there's probably some who want to keep it quiet... to themselves. Thanks for sharing your report.

Yep, the South Holston is stellar. Hope you're able to get up there next time you're out this way. Lots of good trout water around Knoxville - the SoHo, the Clinch, the Watauga.

Ha ha Chris! I seem to be detecting a distinct lack of sincerity in your comment.

i have had the pleasure of the S.H. and its great, and i live out west.